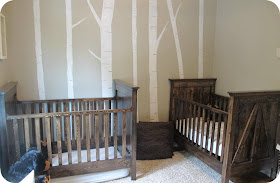 For the boys' nursery I wanted a woodland theme. So I painted birch trees on the wall and went with a neutral paint color {Potter's Clay by Martha Stewart}. Of course my dream cribs {Brookfield from Pottery Barn Kids} were a little out of the question {$600 ea} so instead Ben and I made up our own plans {quite inspired to build by Ana White} and built our own from solid pine for around $100 ea. We made the ends taller like the ones from RH Baby and Child {about $1200 ea}.

We've built tons from Ana White but due to regulations and liability she doesn't have any crib plans on her website. {Very understandable}.

We knew we would need to follow all the safety regulations and it wasn't too hard to do all that- they're easy to find. The cribs are incredibly solid, and V E R Y safe! I'd say if you're thinking on making your  own it's very do-able. Just follow the updated safety guidelines.

A handy husband and more than willing grandpa to build and stain my dream cribs! A much more economical solution to my expensive taste problem! 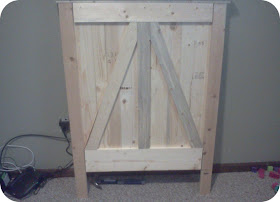 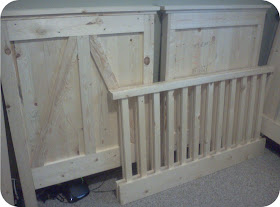 When Ben was done building them I casually said, "ok now we just need to stain them! Easy!"

Well Ben wasn't as enthusiastic as I was about staining, and being in my pregnant state I wasn't able to do a thing. They sat for awhile unstained until the kids' Grandpa Jim {Ben's step-dad} came over and insisted on staining them for us- for the boys. It would be his present for them.

And are my most favorite thing I own. I will have them forever! And they will be passed down to the grandkids one day! Handmade furniture is the best! So personal, so beautiful, and will last for generations. 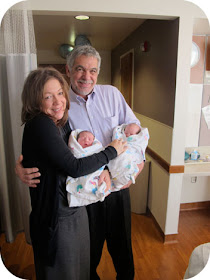 On the boys' 8th month birthday {08.07.12} something tragic happened. Their Grandpa Jim died in a helicopter crash. He loved our boys so much- never having kids of his own he felt so accepted as a grandfather to our kids. The boys' middle names were named after Ben and their three grandfathers- my dad, Ben's dad, and Ben's step-dad Jim- {Jonas Benjamin David and Elias Stephen JAMES}. 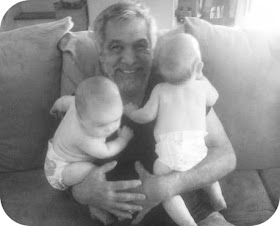 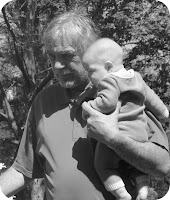 At that point all of Jim's hard work on the cribs just became so much more. Before they were my favorite, now they are incredibly special and priceless to my heart. I can't say enough about how much we all loved Jim- the last time I spoke with him was on our moving day to Chicago only three days before he crashed. He said, "I didn't realize until now how much I'm really going to miss you guys. I just love your family so much."

We were so blessed by him and miss him terribly. The boys won't remember him, but we have so many stories to pass on to them of how much Grandpa loved them and spent time with them. Looking forward to the day when we see him again in Heaven. 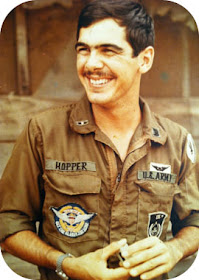 {Our favorite photo of Jim when he was young from the Vietnam War... what he looks like in Heaven now!}
Kelly at 10:34 AM
Share